Using the Newest Technology and Training Can Make Hotels Safer 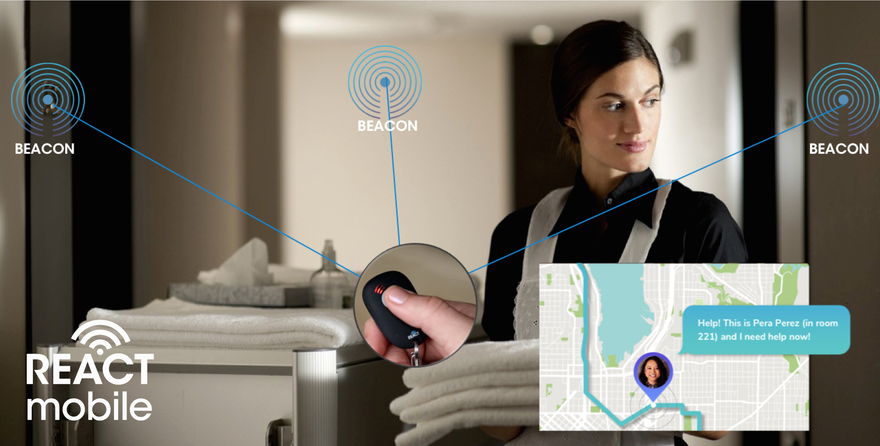 Any successful hotelier knows that it’s vital to establish a welcoming atmosphere in a hotel—to create a place where people from all walks of life feel welcome and safe while away from home. The nature of the hospitality industry means that many different people use the hotel space. With thousands of people moving through hotels each year, it’s inevitable that a percentage of hotel visitors may wish to do harm. Some may even try taking advantage of the service-focused environment at hotels to carry out a violent crime such as physical assault or human trafficking.

It’s important to acknowledge that incidents of violence are a concern in an industry that serves so many in the general public. The best course of action is for hotel owners and managers to take a proactive approach to preventing violence by having a plan in place so security and law enforcement can respond quickly and effectively if a crime does happen at a hotel.

The best way to accomplish this is to provide hotel staff with violence prevention training and access to the newest technology to use if they witness or are exposed to violence happening at the hotel. Providing awareness training on issues such as human trafficking and giving employees access to the latest technology, such as panic buttons, that quickly alert security, can help hotel staff respond quickly and appropriately to a violent situation.

Hotels are often used by human traffickers to exploit their victims because they are a convenient location to set up encounters between victims and buyers. If staff do not know what to look for, human trafficking can flourish undetected, because of the continuous flow of new guests. But when hotel staff are trained to recognize the warning signs of human trafficking, they can become advocates for victims, and learn how to report suspected trafficking incidents.

Employees who work directly with guests are in a unique position to be able to spot a human trafficking situation before hotel security or law enforcement are aware of it. Businesses Ending Slavery and Trafficking (BEST) offers hotels a convenient, 30-minute, video-based human trafficking awareness training that can be taken either as a large group or individually online. A study conducted at the University of Washington found that before training only eight percent of hotel employee participants had ever identified a case of human trafficking. Shortly after taking BEST’s training 44 percent of the participants stated they had now identified a case of trafficking at their hotel. The same study found that 96 percent of hotel employees believed BEST’s training made their hotel safer.

The journal, Gender, Work & Organization, published a study of female hotel workers employed by five-star hotels on the Gold Coast, in Queensland Australia. Of the 46 women who participated in the study, 44 of them had experienced some kind of inappropriate advance from a male guest.

Sanrda Kensbock, the study’s lead researcher, explains that harassment of female hotel workers is a widespread problem. “We found guest-initiated sexual harassment to be pervasive and normalized within the hotel workplace,” she said. “The low status of hospitality workers renders them particularly vulnerable, with the power held by the instigator being a critical component of sexual harassment,” Kensbock explained.

A good solution to help curb workplace violence is for hotels to instill the use of panic buttons for employees, including housekeepers, who often find themselves working in isolated spaces with hotel guests. React Mobile provides panic buttons for the hospitality industry and has an install team that works directly with a hotel’s Security and IT departments to instill this groundbreaking new technology in hotels.

Implementing the use of panic buttons is bringing peace of mind to many hotels across the country. In Lincoln, California, at the Thunder Valley Casino Resort, React Mobile devices were recently installed throughout the resort, including all 408 guest rooms, and the system was fully installed in just two days.

Raquel Constancio is a housekeeper at the Thunder Valley Casino Resort, and she was relieved to have this added safety feature. “It helps me feel secure when I’m on the floor, especially if I’m the only person on the floor for housekeeping,” she said.

Hotels that take advantage of these newest tools are taking steps to protect their brand, their business, and their people. This helps create and maintain that safe, welcoming atmosphere that builds employee allegiance and keeps guests coming back.

Learn more about the Evolution of Employee Safety Technology in our free guide: