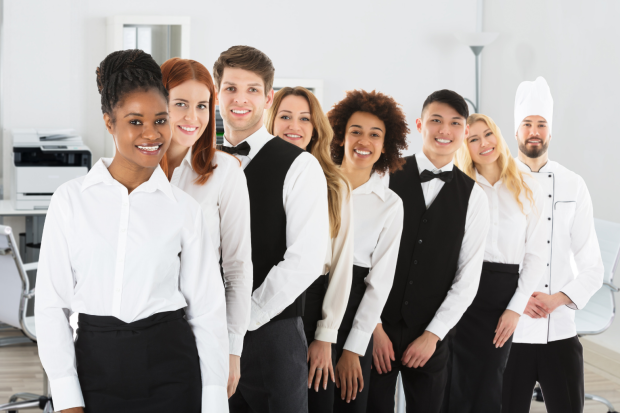 Great leaders operate in the present but focus on planning for the future. As technology evolves, things that were once deemed impossible are now part of everyday life and are changing the business world at lightning speed. The latest and most innovative tools from the beginning of this decade are now becoming outdated, making it challenging for organization to keep up with every technological change. This is a familiar phenomenon, as we look to the continued technological evolution that has unfolded across the hospitality industry — one which has notably picked up the pace, as of late. Guests and business demands are heightened, and hotels are responding by investing in cutting-edge platforms to support their growth.

Well, guess what? Hotel staff safety is no exception — in fact, it has utterly transformed. Here’s how:

Setting a Higher Standard for Safety

With the sweeping implementation of new safety standards and legislations, hoteliers are quickly honing in on a segment which was once neglected — staff safety. Aligning with the AHLA’s 5-Star Promise, five hotel brands recently pledged to provide their U.S. based hotel employees with safety devices, also commonly referred to as panic buttons, as well as to enhance their respective policies, training, and resources for hotel safety, especially as they relate to sexual harassment and assault. Fortunately, this is only the beginning, as the 5-Star Promise has seemingly initiated a domino-effect of safety regulation upheaval and reform across the United States.

This marks a notable development; the safety and well-being of employees has been a long-standing but often under-examined concern. With credit to the often remote nature of roles and duties, along with labor-intensive demands and high-pressure turn-over, hotel employees frequently find themselves in vulnerable, risk-oriented situations. In fact, in an online survey of hospitality industry workers conducted earlier this year by U.K.-based trade union, Unite the Union, 89% of respondents said they had experienced one or more incidences of sexual harassment at work.

Of course, the panic button of today and those corresponding expectations for the future of staff safety, are a far cry from the policies and technology employed in the past.

Safety Platforms of the Past

Formerly, hotels often relied on the provision of noisemakers, if anything at all. These noisemakers were a handheld (or independently stationed) device which would emit an audible distress signal in the case of a staff emergency. While the basic principle was on the right track, these devices came with a host of rather apparent short-comings. Not only did employees run the risk of not having their distress call heard, but in the case of an assault, the audible signal would alert the assailant, which could potentially expose said employee to greater harm. Further, these devices might alert support staff of a problem, but couldn’t provide any insight as to the specific whereabouts of where that problem was occurring. In the case of larger-scale hotels with various levels and hundreds of rooms, this is especially problematic, as locating the employee at risk could often take far too long. Which brings us to the question, how could such a limited solution truly provide hotel employees with a heightened sense of security? In an industry defined by great service, how could hoteliers expect their staff to meet and exceed modern guest demands, without first investing in their well-being and safety while performing their duties?

In New York in 2012, hotel operators agreed to give hotel employees their own personal panic buttons following the highly publicized 2011 arrest of French politician Dominique Strauss-Kahn for sexual assault against a Sofitel New York housekeeper. It was around this time that early developers of modern panic button solutions realized the lack of urgency that the hospitality industry demonstrated in regards to the evolution of staff safety technology. Fortunately, 2018 ignited a wave of change and brought with it the rise of employee safety devices (ESDs) as we now know them today.

Safety Platforms of the Future — An Integrated, Intuitive Safety Solution

Taking note of the critical limitations of legacy noisemakers, next-generation ESDs act as a dedicated safety platform and application that leverage Bluetooth technology to relay GPS coordinates of any employee in distress. When activated, the handheld devices transmit precise location data back to support in the case of staff emergency (both on and off property) to ensure that staff member can be located and assisted immediately. The electronic exchange of data also allows for enhanced tracking and reporting of incidents, a feature which aligns nicely with the newly-common implementation of advanced video systems throughout the public areas of hotels. With these improved, cloud-based safety measures and best-in-class platforms in place, hotels are finally able to remain accountable and pro-active in regards to the safety of their staff and guests alike. In fact, as we look to the future of these devices, we’re also realizing the opportunity to employ sophisticated ESD technology in the form of wearable devices, to ensure enhanced staff safety is entirely accessible, 24/7.

The continued development of hotel employee safety technology and those corresponding regulations marks an undeniably important time in our industry’s on-going evolution. Ultimately, any steps taken to ensure employees feel safe, supported, and secure is a worthy investment, one which will contribute to enhanced guest service and employee loyalty. With the right technology in place, hoteliers can set new standards of care and service, all while encouraging their employees to do the same.

Learn more about Why Panic Buttons are the #1 Must-Have Safety Technology for Hotels in our free eBook: