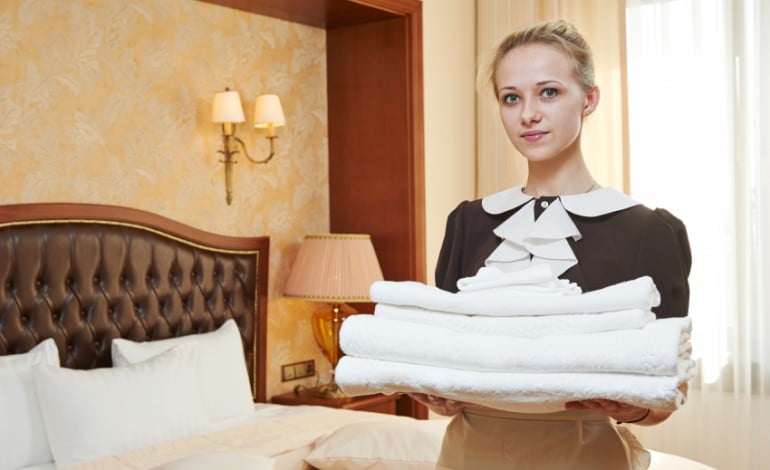 There’s a popular saying that reads, “prepare and prevent, don’t repair and repent.” This seemingly simple sentiment hints at a universally understood and applied concept – be pro-active, rather than reactive. Now, let’s put this theory to work. When students are faced with a major exam, is it best for them to study beforehand or ask their professor for a re-test after the fact? When the objective is to avoid illness, is it best to pro-actively invest in one’s good health or treat illness once it comes? In the case of relationships, is it best to value and support our loved ones, or beg for forgiveness later? The logic is rather simple – preparation and consideration breed preparedness, and can (in many cases) help to steer individuals away from personal and professional hardship.

Don’t you think this same principle should apply to workplace safety?

No one begins their day at work anticipating the worst case scenario – or so, we would hope. Yet for many hospitality workers, the possibility of harm to their person while on the job is far too imminent. In fact, Bureau of Labor Statistics data from 2013 shows that hotel and motel workers had a nonfatal injury and illness rate of 5.4 (the rate for all industries was 3.5). Further, sexual assault against hotel workers has become something of an epidemic across the industry, despite often not receiving the media attention it deserves. In fact, a 2016 report in Illinois that found 58% of hotel workers surveyed said they had been sexually harassed by a guest. Also, nearly half of all hotel housekeepers surveyed said guests had at one time exposed themselves or answered their door naked.

In 2011, Cicely Phillips and Andria Babbington were among hotel housekeeping staff who held public demonstrations in cities across the continent to demand more be done to stop assaults.

Cicely was cornered while making a bed – pinned to the wall and then groped, the man’s face so close she could smell the alcohol coming off his breath.

Andria was unexpectedly assaulted from behind, by a male guest, while cleaning his bathroom.

These women were joined by many others to demand that hoteliers enforce better policies and safety measures to protect their staff from assault. While sharing their own experiences with workplace assault, they brought awareness to the risk that housekeepers in Canadian hotels (especially) face.

“They’re overwhelmingly female immigrants. For some, English is a second – or third, or fourth – language. The work itself is menial and often solo, cleaning the most intimate possessions of a total stranger who takes brief possession of a room before moving on,” explained York University professor Steven Tufts, at the time. Unfortunately, Andria Babbington went on to admit that she had reported dozen of incidents of harassment over her 17-year tenure as a housekeeper in a luxury Toronto hotel, but was often greeted with laughter rather than help or support. How could this be the case you might wonder? How could our industry be so behind on the widespread implementation of new and improved safety measures to prevent injury, harassment, and assault against hotel workers?

It is that precise line of questioning that inspired the 5-Star Promise, a pledge to provide hotel employees across the U.S. with employee safety devices (ESDs) and commit to enhanced policies, training and resources that together are aimed at enhancing hotel safety, including preventing and responding to sexual harassment and assault. In fact, a survey of 487 housekeepers in Chicago found that 96% would feel safer if they were equipped with a wearable panic button. In October of last year, the “Hands Off Pants On” ordinance was recommended for approval in Chicago, in an effort to protect all Chicago hotel workers, whether union or non-union. During the testimony, a local hotel worker explained, “Having a panic button would make me feel safer. To know I can easily call for help if something happens would be such a relief. I’m here today not just for myself but for my co-workers. We deserve to be treated with respect and to feel safe at work.”

In January of 2018, two California state lawmakers introduced a bill that would require hotels to provide housekeepers with panic buttons to prevent violent assaults and sexual harassment. The bill also imposed a three-year ban for any guest accused of violence or sexual harassment against an employee and to keep a list of those accusations for five years.

The message is loud and clear – panic buttons are the new, long-awaited, industry safety standard. With the widespread implementation of panic button devices and improved safety training, hotel workers can finally feel safe and supported within their roles. The employee safety devices are easy to use, require little to no training and rely on Bluetooth beacon technology to pinpoint the exact location of a distress call both on and off property. And while it’s no secret that much of the apprehension associated with updated safety measures (for housekeepers specifically) relates to the perceived influx of cost, panic button solutions are cost-effective and scalable. As housekeepers work alone (putting them in a vulnerable position) and sending two employees to each room would increase labor costs significantly, the implementation of panic system technology provides an extra layer of much-needed protection, without the associated cost. Not only are modern panic buttons an affordable solution, but they integrate readily with a hotel’s existing platforms to ensure a cohesive technological ecosystem and a secure environment for employees.

In the case of hotel employee safety, it’s not just a matter of preparing and preventing – it’s a question of what your employees’ well-being means to your property. Investing in employee safety breeds a company culture that reminds employees (and guests alike) that hotel staff is valued and protected.

Learn more about Why Panics Buttons are the #1 Safety Technology for Hotels in our free eBook: