6 Situations Where Your Staff Needs a Hotel Panic Button 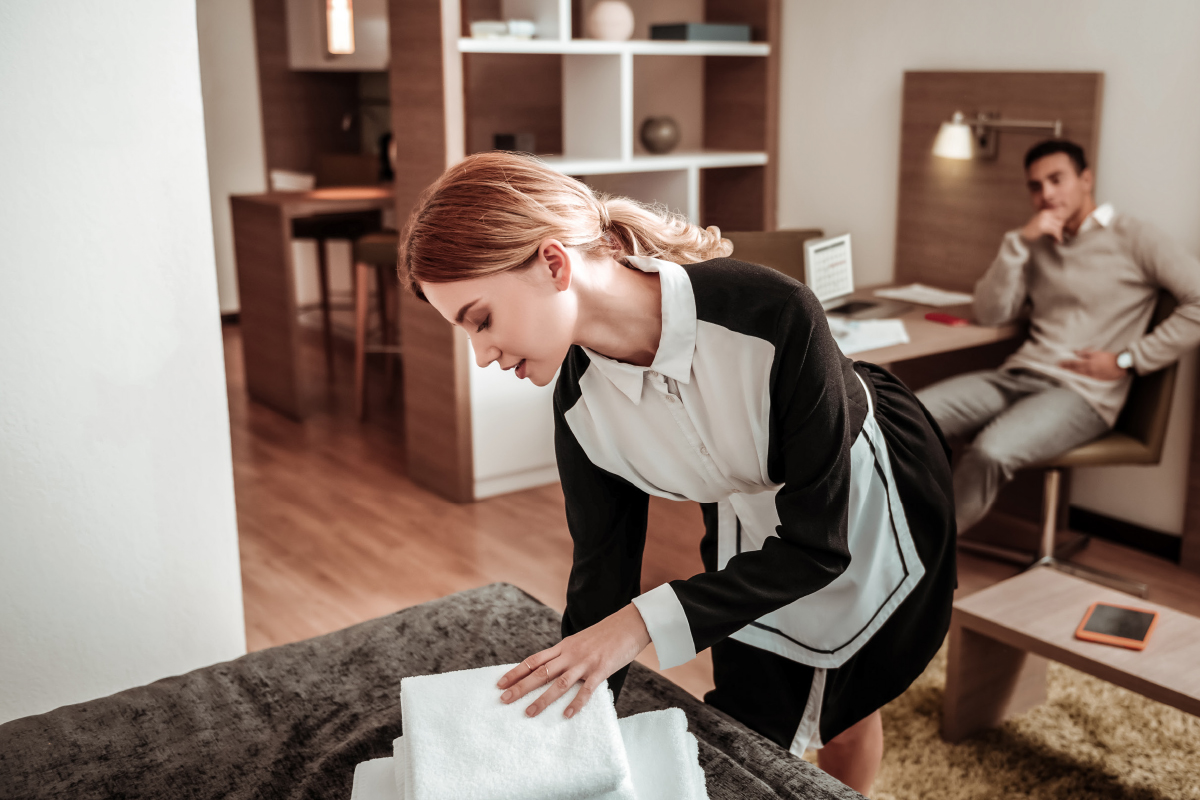 Employees in the hospitality industry go to work each day to provide for their families and to help create positive memories for their guests. Unfortunately, some employees (especially housekeepers) may experience several unexpected and sometimes uncomfortable experiences while working alone. A Survey of Downtown Hotel Housekeepers reported that 53% of housekeepers said that they had experienced some form of harassment throughout their careers, from intentional guest nudity to incidents of assault.

In this article, we’ll provide six situations of when a hotel panic button can help protect your employees (and on behalf of guests) from potentially threatening situations where they may feel unsafe and scared.

Why are Hotel Panic Buttons Important?

A hotel panic button is a device that a hotel can provide their employees to increase their safety measures while working in spaces where they may be alone and encounter an unsafe situation where they need assistance. The hotel panic button is a portable device that can call for help in one push of a button, which will provide real-time floor and room level information so a hotel’s security team can be dispatched immediately to the exact location where help is needed without wasting any time. The location information will update as the person moves across the building in a situation where they may be running away from the threat. 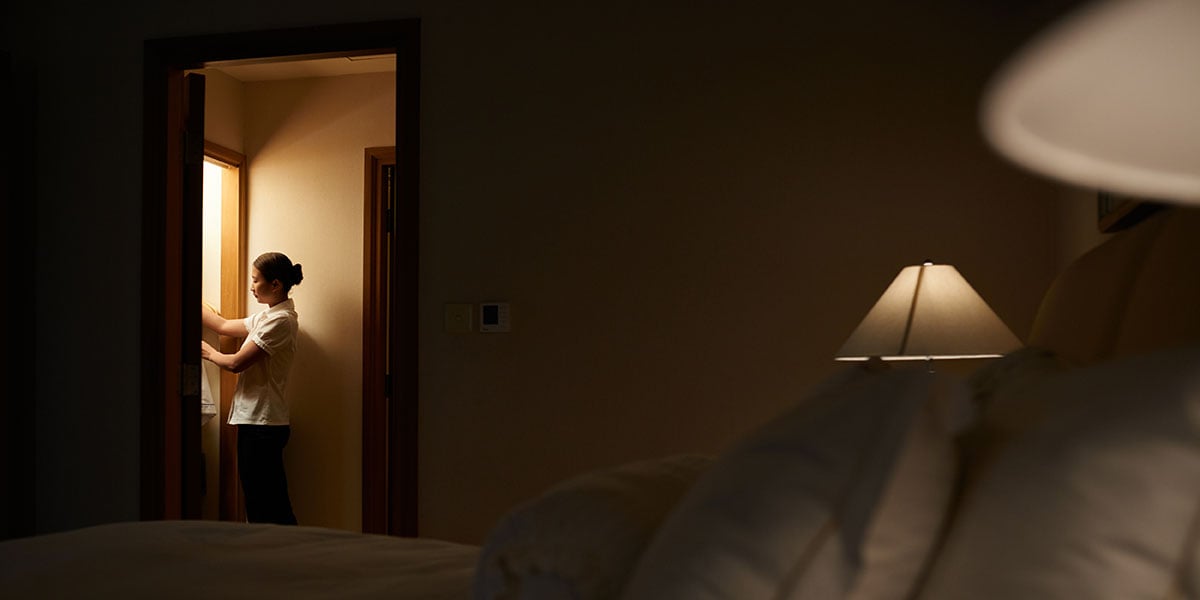 By a Guest
In 2011, the risks that hotel housekeepers can face on the job became international news when Dominique Strauss-Kahn, then the head of the International Monetary Fund, was accused of sexually assaulting a maid at a luxury hotel in New York when she went in to clean his room. He said the encounter was consensual. He faced criminal charges of attempted rape, sex abuse, forcible touching and unlawful imprisonment but those charges were dropped due to “substantial credibility issues" with the housekeeper, according to prosecutors. Strauss-Kahn later settled a civil case with the housekeeper for an undisclosed amount.  (Reported by ABC News)

A trespasser went to the hotel room that the housekeeper was cleaning. Her cleaning cart was parked in front of the room door. As she went to put cleaning supplies back into the cart, the trespasser confronted her and blocked her exit. He pushed the cart to the side, pushed the room door open, forced the housekeeper back into the room and asked her to close the blinds. She refused to close the blinds and tried to get past him. He grew agitated and punched her in the face, knocking her out.

When the housekeeper regained consciousness, the blinds were closed, and the trespasser was raping her on the hotel room bed. He sexually harassed, assaulted, battered and sodomized her for over two hours. During that time, her cleaning cart remained outside the hotel room, the blinds remained closed and no one from the hotel came looking for her.

The court first noted that, under FEHA, an employer can be liable for sexual harassment by a nonemployee when it knew or should have known about the conduct and failed to take immediate corrective action. Once the trespasser confronted and aggressively propositioned housekeeping employees for sexual favors, the hotel should have known that he posed a threat to its workers and taken immediate action, the court said.  (Reported by SHRM) 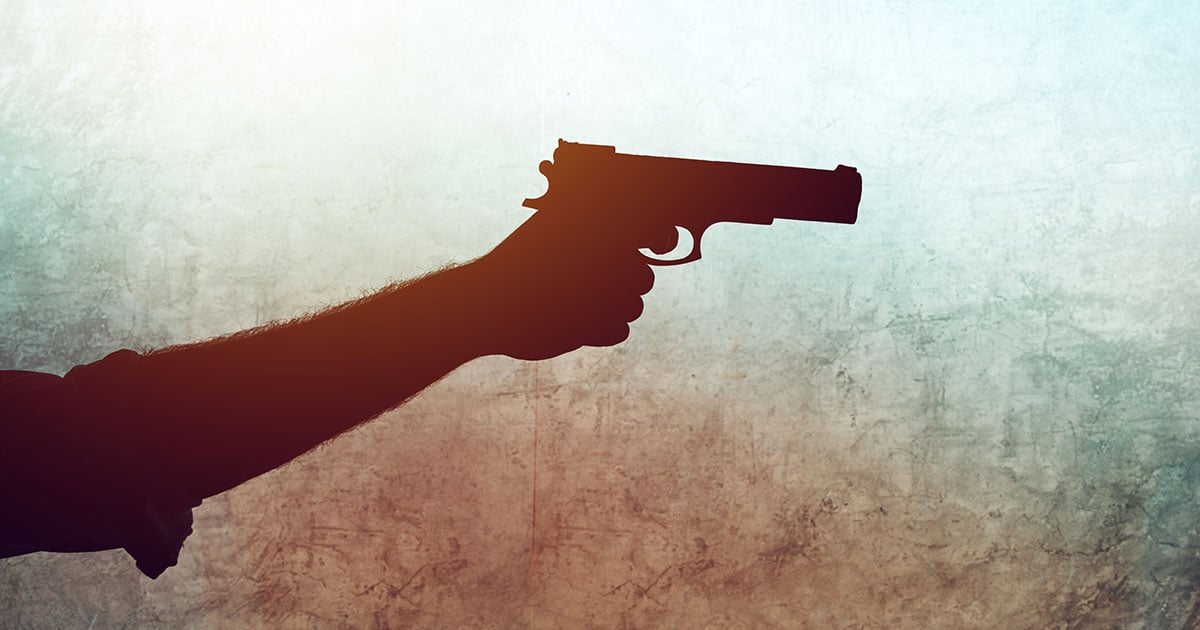 In 2017, a gunman fired more than a thousand rounds of ammunition from his 32nd floor room in the Las Vegas hotel at concert goers attending the music festival. The incident killed 58 people and injured over 850 people in the course of open fire.

There was initial confusion when officers arrived at the scene to identify the exact location of the gunman. (Reported by the New York Times)

On January 18, 2019, a person in a room below an area undergoing renovations was struck by debris from through the ceiling, where a worker was cutting through the floor.

A segment of the cylinder approximately 6.25 inches in height and 4.5 inches in diameter dropped out of the drill through the ceiling of the ballroom, fell approximately 21.5 feet, and struck a person in the ballroom below. The injured person required medical attention and experienced issues related to the injury.

The construction worker failed to ensure that the core drilling system was used in accordance with the manufacturer's operating manual and the area below the floor where the drilling was taking place was secured. (Reported by Ontario News)

A housekeeper was requested to bring a guest some extra towels. When she arrived, she says she checked first to see if anyone was there, like she always does, but didn’t get an answer. When she opened the door, she says the guest was there, waiting for her, nude and masturbated. Afraid, the housekeeper ran from the room and alerted her manager. (Reported by ABC News)

A waitress was working in a hotel restaurant when a guest’s attention over several days started to feel like stalking. The man repeatedly called the waitress over to his table whenever he dined in the restaurant, asking her personal questions, such as whether she had a boyfriend. Relatively new to the job at the time, she didn’t feel comfortable telling a paying guest to buzz off.

When the waitress came by his table to collect the man’s check one night, she found a hotel key card along with his payment. “He said, ‘I’d love to see how you look outside this uniform. You should meet me in my room.’” She was mortified, but she didn’t tell her boss at the time. (Reported by the HuffPost)

And wouldn’t know when the next time she would run into that guest.

Safety is a Hotel Brand Standard

Hotel employees' safety and well-being are of the highest of priorities for brands, as they announced their commitment to the AHLA's 5-Star Promise. Several states and cities have also approved legislation that has made it a requirement to provide hotel employees with panic buttons.

At React Mobile, we recognize the critical need to make the world a safer place by providing hoteliers with a simple and effective panic button solution. Our employee safety solution is developed to provide accurate and reliable location based alerts in the event of an emergency. This is more important now than ever before, as you may save a life.

Learn more about hotel panic buttons in our free eBook: