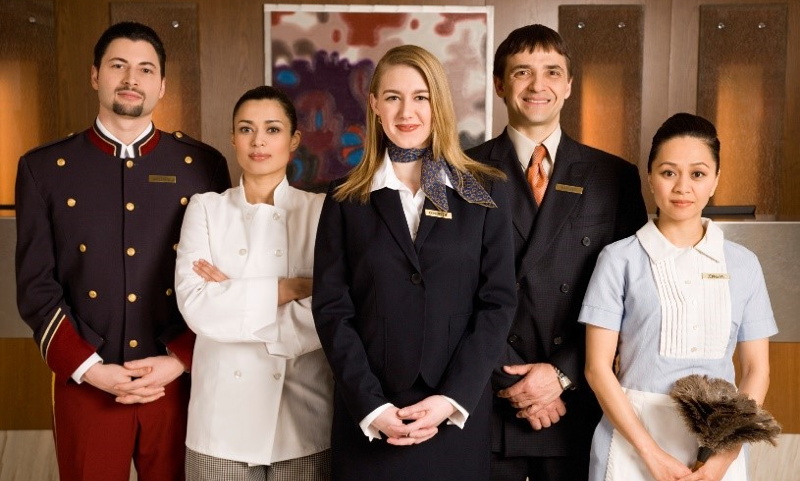 While verbal or physical assaults of a staff member may be rare, those on the receiving end say they are grateful that management and owners care and are prepared

Few people start their workday expecting an emergency to happen, but according to American Aerospace Engineer Edward Murphy Jr. who worked on safety-critical systems: “Anything that can go wrong will go wrong.” If you’re not a believer in “Murphy’s Law,” just ask any of the 701 hotel workers who needed help last year while on duty and survived the ordeal because they were equipped with an Employee Safety Device (ESD) or panic button.

A hotel valet was assaulted by a guest who did not want to pay the parking fee after his vehicle was retrieved. Displeased with the hotel’s policy, the guest suddenly punched the valet in the face. Just before falling to the ground and being rendered unconscious, the valet pressed the panic button. Hotel security was dispatched to the scene in seconds, along with emergency medical services and the police. The valet said he was extremely thankful for the panic button because it was late in the evening and very dark outside; it could have taken a long time for the solo front desk clerk and security guard doing rounds to notice he was incapacitated.

While driving 65 mph to the airport, a guest attacked the limousine driver from behind, choking him because he felt the driver wasn’t going fast enough. The driver, who was wearing a LTE panic button with GPS, was able to press the alert button while rolling up the glass divider and locking the back doors. Upon receiving the alert, the front desk called the driver who requested to have the authorities meet him at the airport. While the guest did arrive at the airport with plenty of time to catch his flight, he was detained by authorities. The limousine driver said he was grateful the hotel just began giving panic buttons with GPS to the driver as this situation could have been catastrophic. Had he lost control of the vehicle, the emergency would have been much worse.

A restaurant employee said she was extremely thankful to be wearing a panic button. Security was dispatched to the restaurant after a guest became verbally abusive to the hostess, demanding to be seated at an already occupied table “or else.” The hostess said security escorted the group out of the building “just in time” because this guest has a history of physical violence at the hotel. She said she is very thankful that management recognized that restaurant and lounge staff have to deal with a lot of abuse just as housekeepers.

A housekeeper was verbally attacked by a guest in the hallway after realizing upon his return that his room was not cleaned. Although this is now common practice at hotels and the guest was notified of the new cleaning policy at check in, the disgruntled guest demanded that the housekeeper enter his room and clean it immediately. Although there were only a few housekeepers on duty and cleaning other floors, the employee remained calm because she knew help was on the way with the press of a button. She said she was extremely thankful that she attended the training class and knew exactly what to do to stay safe. As expected, she said management came to her rescue in seconds.

None of these situations could have been predicted, proving that it pays to be prepared. While most operators are equipping their housekeepers with ESDs to meet legislative or brand requirements, these cases show that attacks can happen anywhere on or off premises. For that reason, having panic buttons that can pair to cell phones and that are equipped with GPS technology are equally as critical.

Today, all departmental staff deserve to be protected. Equipping associates with panic buttons will not only protect them, but it will protect the asset from liability and go a long way towards defending the property’s or brand’s reputation. As operators look for new ways to survive the “Great Resignation” and attract new workers to their hotels, safety must be a top priority.

As we enter the season of “Thanksgiving,” give your employees a reason to say, “Thank You.” Not only will you feel good, but the hotel will be better positioned to become a “best place to work.”